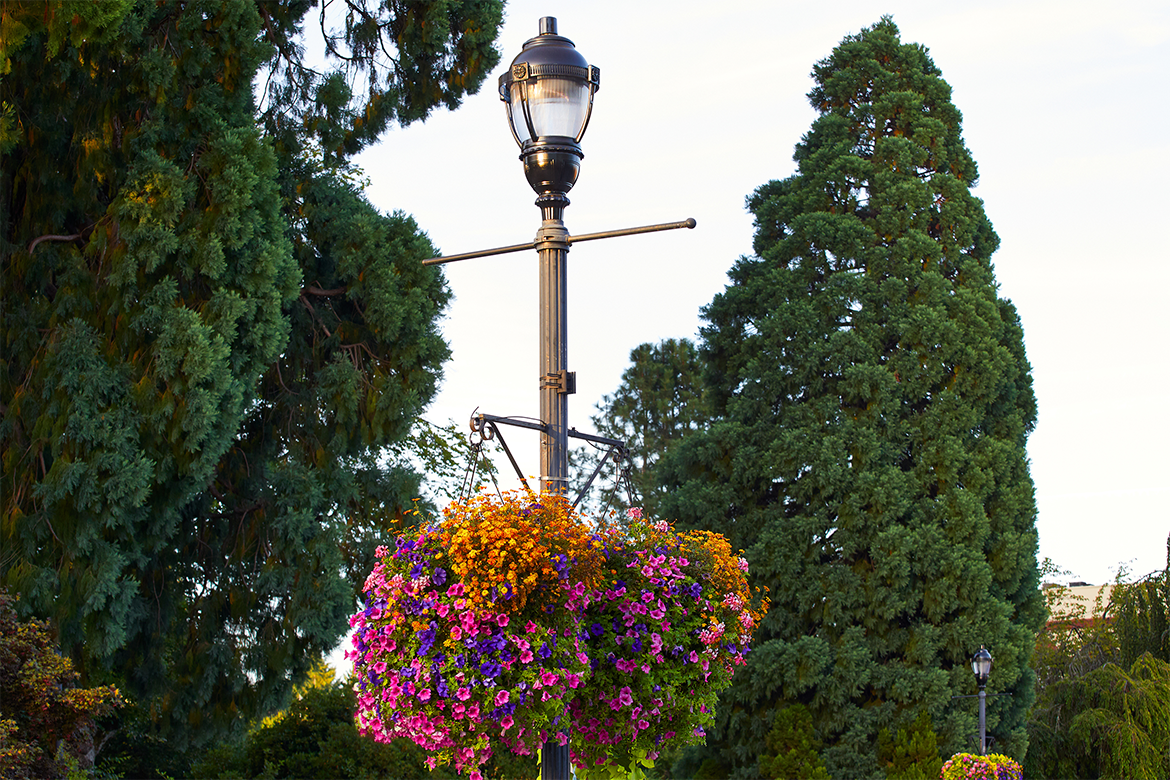 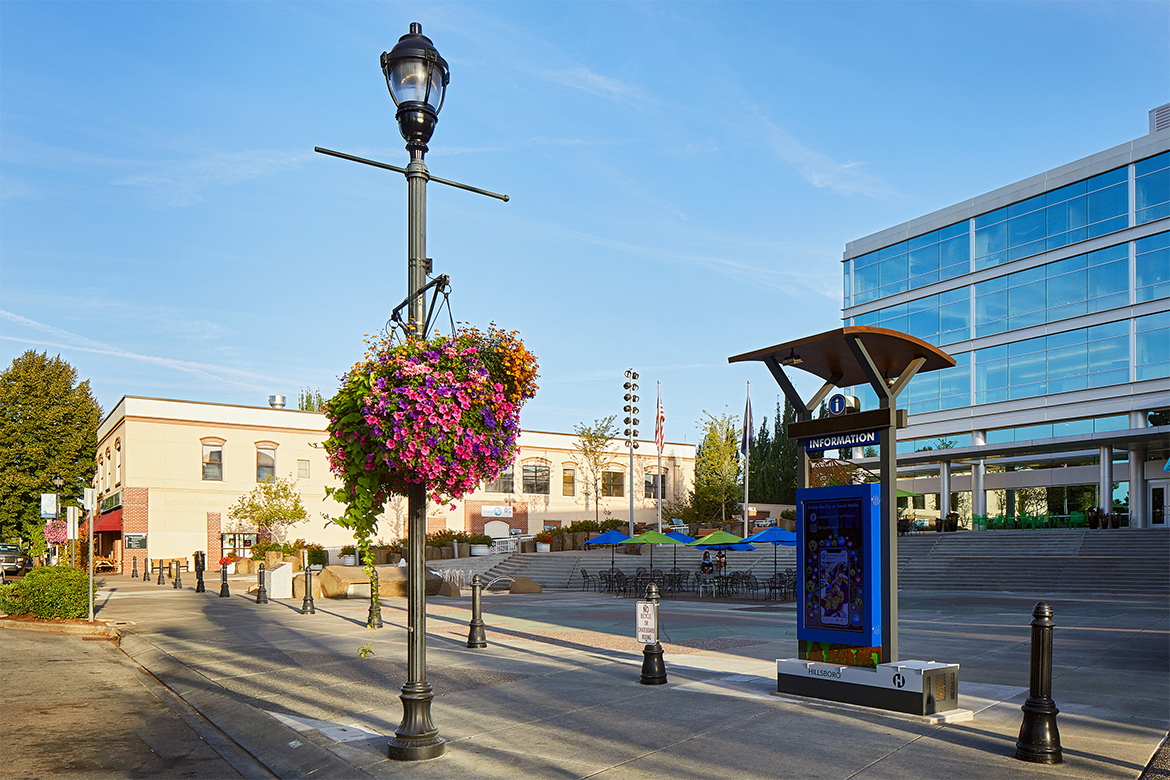 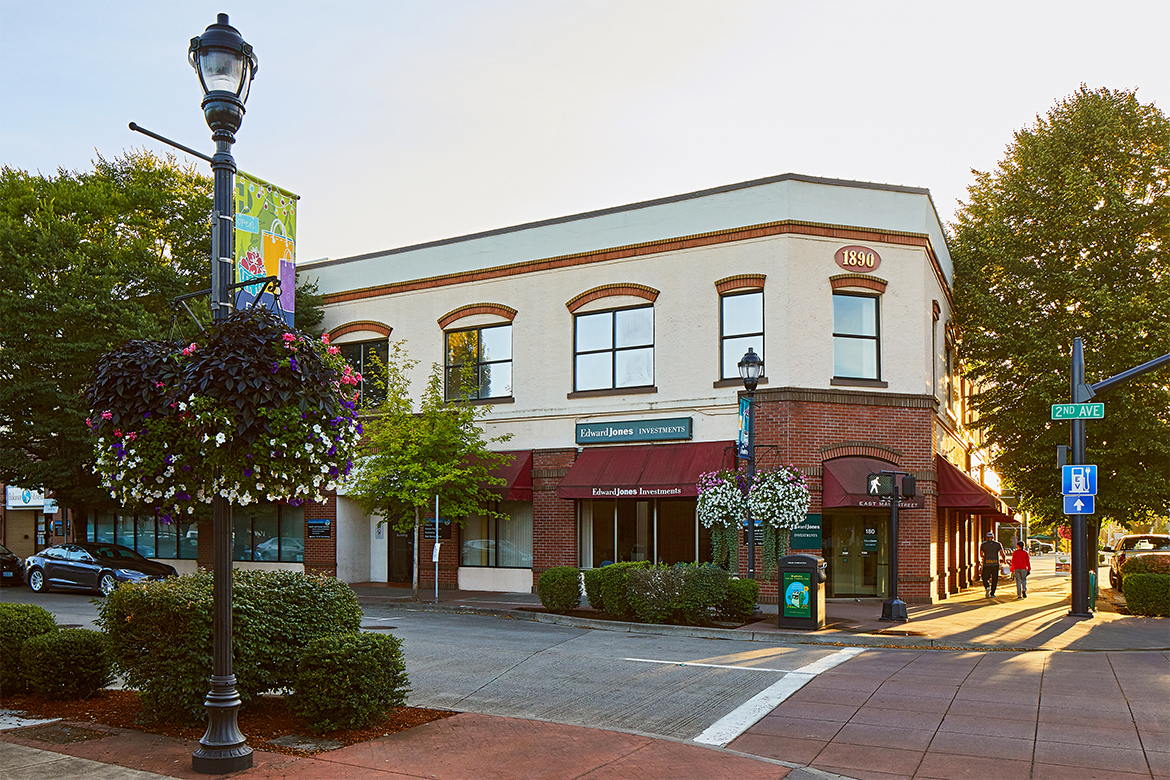 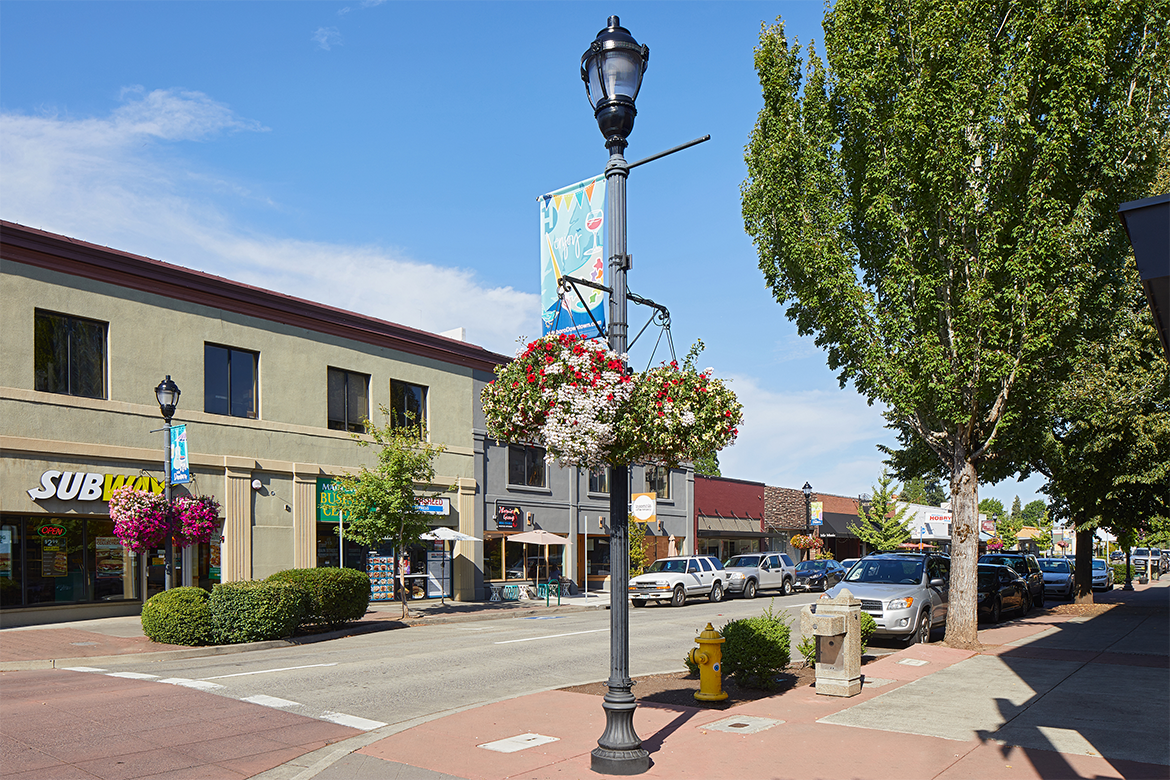 When Oregon’s City of Hillsboro embarked upon its LED Street Light Conversion project, its list of goals was extensive. City leaders were looking to replace more than 4,500 high-pressure sodium streetlights at various locations, including parks, pathways and streets.

Three different LED post-top luminaires were selected for the project, all manufactured by Cyclone Lighting. And each of the three fixture designs was customized for the city project.

Historia post-top luminaires replaced 1,600 acorn fixtures across the city. An elegant fixture, with a traditional shape, Cyclone removed the standard crown around the top of the fixture, satisfying the city’s desire for a more contemporary look.

Hillsboro chose to distinguish its downtown core with the traditionally styled Augusta post-top luminaire. Ninety Augusta fixtures replaced the existing acorn fixtures one for one on existing poles, to gracefully enhance the local streets.

The previous acorn fixtures delivered significant uplight and were therefore contributing to light pollution. However, Augusta’s state-of-the-art optics and hard top ensure that sufficient illumination of the street and sidewalks are achieved with similar light patterns as the original fixtures, without significant uplight. Augusta luminaires meet all the requirements of RP-8 requirements (American National Standard Practice for Design and Maintenance of Roadway & Parking Facility Lighting), while maintaining Dark Sky compliance.

To facilitate holiday lighting, the Augusta fixtures needed to include a 120V outlet. The existing poles could not be modified to house it, but Augusta’s standard design includes a utility fitter which provides a location for the outlet.

Cyclone’s New Era side mount fixtures will be installed in new developments in the southern portion of the City. These particular luminaires are designed to disperse a lot of light but feature a full cut-off optical system that respects the environment and Dark Sky requirements. They are well suited to city streets and boulevards.

All Cyclone fixtures were modified to include a 7-pin photocell receptacle to accommodate a wireless control unit.

“We wanted to monitor and reduce streetlight levels during hours of lower activity on roadways,” said Dan Hazel, project engineer for the City of Hillsboro. “The controls also alert our staff when streetlights require maintenance, improving response times.”

Historia, August and New Era all feature advanced custom-designed modular light engines that combine state-of-the-art optics, LEDs and thermal management. The light engines are rigorously designed and tested to provide high performance and long life over 100,000 hours. The City will save time and money with the new low-maintenance fixtures.

"Cyclone was able to meet our City goals with the right aesthetics, Dark Sky-compliant luminaires, and tailored designs for the 7-pin receptacle. We appreciated that they were willing and able to find unique solutions to meet our needs,” said Hazel.

With the conversion, the City can anticipate significant savings in both dollars and kilowatt-hours/year.